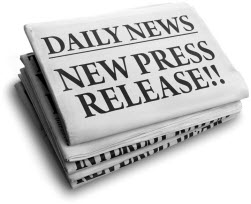 Most of the strategies I share with you on this blog are ones which I’ve had very positive results with myself.

However, on this occasion I’d like to tell you about something which hasn’t really worked out.

I think this kind of thing is important so you can make better decisions about what to do yourself and avoid some of the countless mistakes I’ve made in my own business.

One of the greatest methods of getting traffic is something called “Content Syndication”, where you create content and spread it around the internet to gain exposure to your target audience.

I do a lot of this with some really great traffic results.

However, there’s one strategy in particular that I had never tried: Press Releases

We often hear from different marketers that press releases can get you an awful lot of targeted traffic so, as you can imagine, I was very keen to test this.

The perfect opportunity seemed to present itself a couple of weeks ago after the successful launch of my SpyBar software.

So I set about writing a press release for it focusing in particular on the successful launch and the benefits that it provides to users.

There are many places to publish press releases but the market leader is arguably PRWeb.com. Since this was a test I thought I might as well do things properly so I signed up for an “Advanced” Release at $199.

You can see the pricing details and what that includes by clicking here.

Submitting the press release was easy using PRWeb.com’s interface and I scheduled it for release the next working day.

You can see it yourself here: WordPress ‘Spy’ Software Smashes 1,100 Sales in Launch Week

One of the key features of press release distribution services like PRWeb is that they syndicate the content to their subscribers and news portals. What is more, since PRWeb is an authority site in Google’s eyes you are far more likely to get your release ranked highly in the search engine results pages.

Or at least that’s the idea 😉

In the 7 days since my release went live, traffic from PRWeb.com has been 34 visits according to Google Analytics.

Please click on this image to see full traffic stats…. 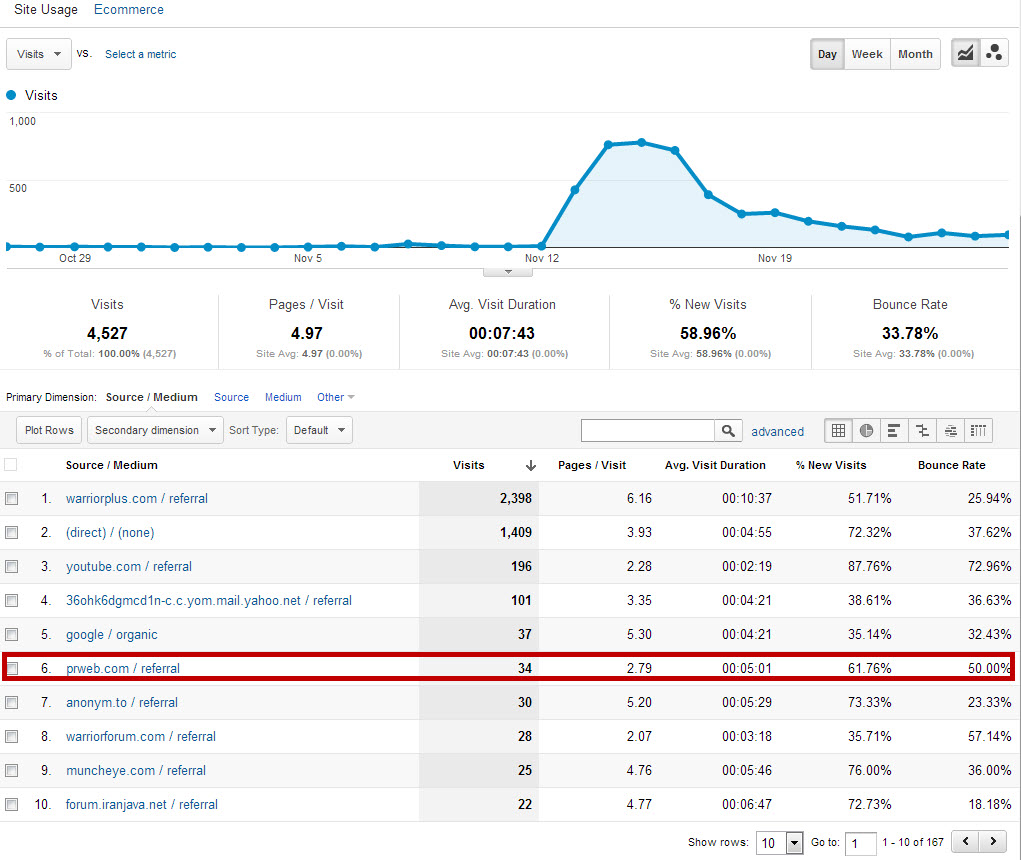 So not exactly great but what about the syndication to other news portals?

Well digging down deeper into the stats I can’t really see any significant traffic at all, maybe just a handful of smaller sites.

This said, there is no doubt that the release has indeed been syndicated. If I do a Google exact match search for the title of it I get 339 results:

Was It Worth It?

On the basis of these results definitely not considering the cost at $199.

It is only 1 week since it was released so you could argue it is early days. Equally, my result may not be representative so I wouldn’t necessarily rule it out – these things are always worth testing.

I also will say that yesterday I received a follow up phone call from a PRWeb representative who said that the real power comes from doing at least 2 press releases per month.

In fact he talked about a subscription service that they offer (around $1,500 per year) which will allow you to do exactly this. This service is not available directly through their website so it seems that it is only offered to existing customers like myself.

It always interesting to see the sales funnels of other businesses isn’t it? 😉

If you have the sort of business that could generate ongoing releases then this might well be a worthy investment.

Although I don’t have anything bad to say about PRWeb – they were very professional – I don’t think I’ll be rushing back for more as there are many other traffic strategies both free and paid that I use which have a much bigger bang for buck.

Overall, I’m very glad I tested it though as one of the golden rules for success on the internet is to test things for yourself and to remember most of the people dishing out advice online aren’t really using the tactics themselves – they just want to sell you stuff.

That is one thing which we do differently here at Gain Higher Ground – the good, bad and ugly all exposed and I thank you very much for being my subscriber.

I hope this helped you – maybe even saved you some money? Please Like and Tweet if so and let me know your thoughts and questions below… Cheers, Rob. 🙂