I’m Investing In Bitcoin: Watch Me Buy, Send, Sell And Cash Out!

[UPDATE Dec 22nd, 2016: Would you believe it? The service I show you in the video, Circle.com, has stopped facilitating the direct buying and selling of Bitcoin. They are now recommending Coinbase instead. Hope this post still helps you in understanding the basics on Bitcoin though.]

Obviously this is quite different to the usual internet marketing stuff I post about on this blog.

First, here’s a short video I made for you:

And some more info on why I’m doing this…

Specifically, I’m putting a very small percentage of my personal investment portfolio in bitcoin and holding that for the long term (i.e. years, not weeks or months).

I’m quite prepared to wake up one day and learn that Bitcoin has disappeared off the face of the planet and my coins are worth nothing.

If so that’s fine – I won’t lose sleep and my lifestyle won’t be affected because I’m not betting “the house” (which I wouldn’t do on anything anyway).

On the other hand, maybe bitcoin won’t go to zero and I personally believe there is a good probability that its price will experience a very large rise over the longer term.

It’s a currency which is created and held electronically.

It’s decentralised meaning that unlike normal currencies such as dollars, euros and yen it isn’t controlled by any central bank, government or group of individuals. It also has very low transaction fees which is one of its major advantages.

Here’s a reasonable helpful beginner’s guide on Coindesk’s website: http://www.coindesk.com/information (all links in this post open in a new window).

3. Why Bitcoin’s Price Could Rise

This is purely my opinion and nothing more. This is not financial advice and I’m not qualified to give any. Do your own research and take responsibility for your own investments.

With the health warning out of the way, here’s where I see the upside in bitcoin’s price:

i) More Use. More online and offline outlets are accepting Bitcoin as payment.

Applications like remittance where people send money from one country to another is particularly interesting, especially when you consider traditional remittance companies like Western Union charge extremely high fees.

ii) It’s The Market Leader. This of course, is no guarantee of success: Friends Reunited was a hugely popular social network in the UK until Facebook came along and wiped it out.

However, of all the digital currencies in existence today (here’s a list of some of them), bitcoin is the only one that has enough critical mass for large scale adoption.

iii) Bitcoin Investment. Bitcoin has been called “digital gold” meaning it’s an asset investors put their money into as a safe haven (similar to gold or the Swiss Franc).

Calling it digital gold is currently a bit of a stretch in my mind but still, I’m certainly not the only person buying and holding bitcoin purely for investment reasons. If its momentum continues then its attractiveness as a financial asset will improve.

Not only that but unlike gold, it can actually be spent on real goods and services.

The total value of Bitcoins in circulation is currently around $10 billion (see chart here). Sounds a lot but compare that to gold’s estimated total value of several trillion. Now consider more money buying bitcoin for investment purposes and you see the potential for significant price increases.

iv) Transaction Volume Growth. This is really important in my opinion because it’s a proxy for the number of users and generally how many buyers and sellers there are in the market (called “liquidity” in financial language).

If and when this plateaus I might reconsider my positive view on bitcoin.

Here’s a chart showing the growth in number of transactions

v) Competition From “Establishment” Finance. The technology behind bitcoin is called “blockchain” and since bitcoin’s rise, major banks have started to invest heavily in it, including through a consortium called R3.

To me this creates a very healthy and powerful force of competition: Bitcoin MUST continue to get better, grow and become more widely accepted otherwise it will be wiped out by the banks’ proprietary blockchain systems.

I’m betting bitcoin will thrive because it’s decentralised, no one owns it, there’s a large amount of smart people constantly working on it and huge amounts of money flowing into related technology that in turn boosts bitcoin itself.

A bit like the World Wide Web in the 1990s perhaps which thrived against “privatisation” attempts by some corporations.

Examples include the Silk Road “dark web” scandal, collapse of bitcoin exchange Mt Gox and even comments from a former bitcoin software developer (he left to work for the banks!) saying the bitcoin “experiment” has already “failed”.

What doesn’t kill you, only makes you stronger.

vii) The Total Number Of Bitcoins That Can Exist Is Limited. Unlike regular fiat currencies like dollars, pounds, euros and yen which are subject to devaluation as more money is created naturally in the banking system and by central banks printing more through quantitative easing, there will only ever be 21 million bitcoins produced (or “mined” in bitcoin speak).

Currently there are around 16 million in circulation and the increase in supply is fairly steady over time (total bitcoins in circulation chart here) making bitcoin an encouraging defence against inflation over time.

4. Some Other Random Things I’ve Learned About Bitcoin

– It’s Not Anonymous
Before my research I thought it was and I suspect most people think it is too.

Lots of technical reasons for this and I don’t claim to understand them but one thing is that to transfer bitcoin to and from your local currency you usually need a bank account, card or something else which identifies you.

– It Has Transaction Fees
Again, I was surprised. The fees are very low though.

– It’s (Still) Quite Technical
There are a lot of esoteric terms and concepts. Unless it’s just me being dense (entirely possible!) even basic transactions take quite a bit of learning to have confidence that what you are doing is correct and secure.

– It’s Easier To Buy Than To Sell And Cash Out
If you want to buy bitcoin no problem – how many do you want?!

But transferring your bitcoins back into your local currency can be a bit tricky.

The site I use in the video above (Circle.com) makes it easy to do this but a lot of other similar services don’t seem to be that straightforward right now.

Again, something which should (and absolutely needs to) improve in order to open up bitcoin to a wider audience as we move forward.

– The Communities Behind Bitcoin Fall Out A Lot
Bitcoin is “open source” meaning that it’s developed by a community of software programmers rather than a company. A bit like Wikipedia being written by volunteer contributors.

This has wonderful advantages of course but on the other side people do fall out and pull in different directions.

This is a very real risk to bitcoin’s future, but one that I’m comfortable with.

– Bitcoin Will Never Take Over The World
Digital currencies becoming highly used and viable everyday alternatives to pounds, dollars and euros is entirely possible in my opinion.

But digital currencies like bitcoin will never replace traditional currencies because governments will always insist that taxes are still paid in currencies that they control.

Did I mention that you should never invest more than you’re prepared to lose?

But seriously, be careful, do your research and take responsibility.

I think it’s a fascinating area to keep track of but do keep your wits about you.

I’d love to hear your thoughts (including if you want to call “scam” on this whole thing!). All your thoughts, good, bad and ugly welcome, as always. Please drop a comment below and let me know… Cheers, Rob 🙂 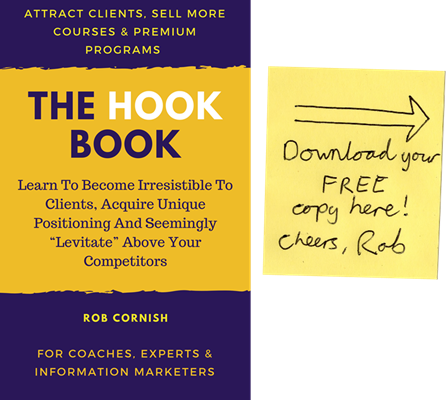 We protect your data in accordance with our Privacy Policy. You can opt out instantly at any time by clicking the unsubscribe link at the bottom of any email. We never sell or rent out your data.